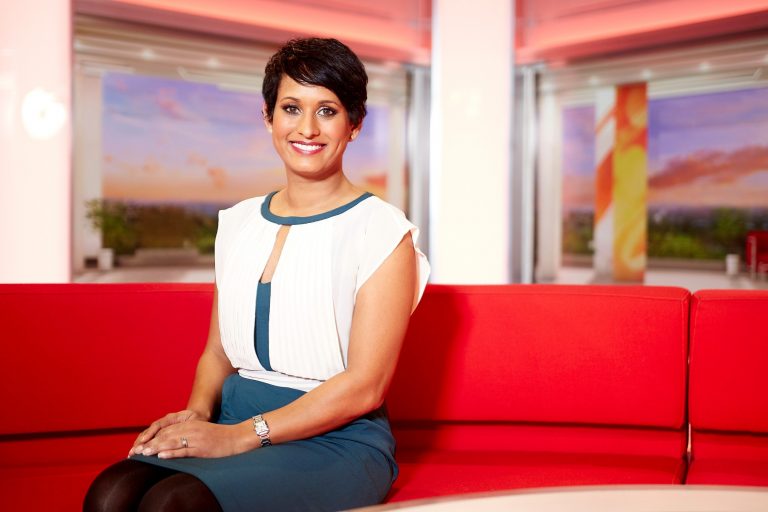 Naga Munchetty is a British television presenter and journalist. Her notable screen works include BBC Breakfast, BBC World News, BBC News and Newsnight. She also got caught up in the media attack relating to Donald Trump, President of the United States of America.

BBC Breakfast deems as the Breakfast news programme by BBC. Naga serves as the main presenter along other thee members for this show.

Naga Munchetty Laughed it off!

Munchetty, as a leading presenter, works with Charlie Stayt.

Carol Kirkwood serves as the main presenter fo the BBC Breakfast’s Weather section. She has worked as the main Weather presenter since 1998.

Recently on the channel, Carol reported how windy the weather would turn out to be. Carol said that Saturday seems as the wettest day to come and that the winds will keep blowing harshly. She further added that on Sunday the central areas look like they will have the highest rainfall. But, it will also be windy along the showers.

Carol Kirkwood, the expert weather reporter, wrapped up by saying that we won’t be able to play much tennis. Naga Munchetty surprisingly asked if Carol said ‘not much tennis.‘

But, Carol quickly spoke up, “Not much no, their balls will be blowing everywhere!” and then instantaneously clarified “tennis balls.”

Naga Munchetty laughed out at this statement made by the weather expert. This scene quickly gained the audiences’ attention. The gif’s and photos spread all across everywhere. People also laugh off watching Naga and Carol’s conversation. 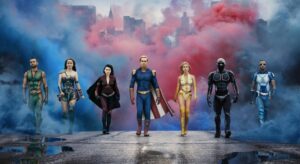 Previous post The Boys: Erin Moriarty Applauds the Show for their Uniqueness in approaching a ‘Female Superhero’
admin